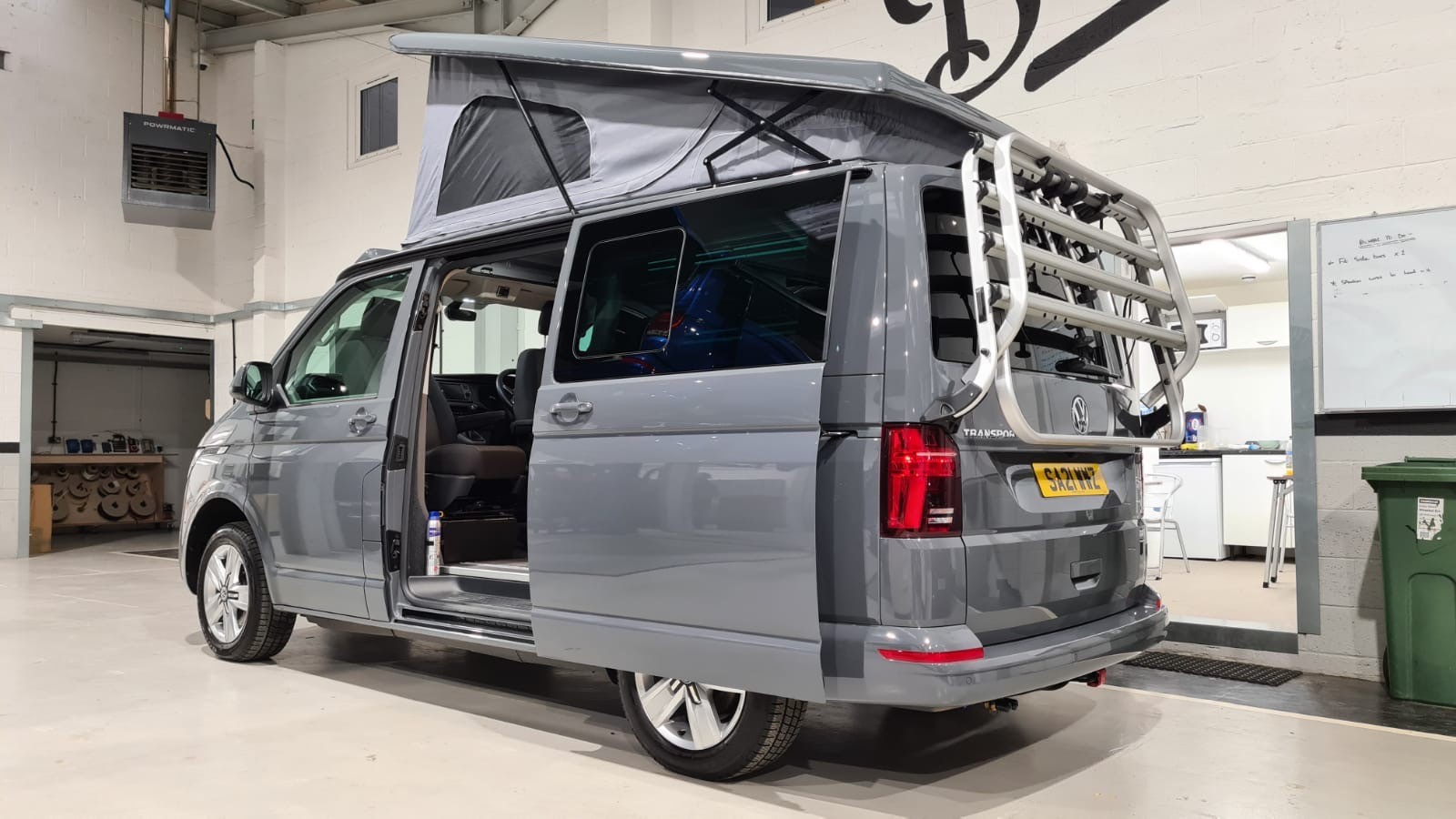 Which base van is best for a camper conversion

Choosing a base van for you conversion can we quite daunting, but getting it right will make the world of difference, adding both usability and value to your Volkswagen campervan.

The Volkswagen Transporter has been around now in various generations for over 70 years, it has been synonymous with campervans right from start with Westfalia converting the original T2 platform from as early as 1951!

The Transporter is now on its sixth generation, with the launch of the T6 in 2015, which has subsequently been facelifted into the T6.1 which was released in the UK in late 2019.

The general consensus for a van to convert from the Volkswagen Transporter range will be either a ‘Kombi’ (coined form the German word for combination motor vehicle) basically meaning the van has additional side windows and a removable row of seats in the rear – or a simple panel van.

Anything else from the range (i.e. Caravelle/Shuttle etc) isn’t ideal for conversions, mainly due to the additional factory options which require to be removed before the conversion can begin.

Generally for a camper conversion a Highline specification is preferable, as comes with a large array of factory equipment, for example Highline options currently included for T6.1:

As you can see, Highline is pretty comprehensive – however popular and useful options for a base van destined for conversion are as follows:

• Tailgate with window and rear wash/wipe – preferable over individual doors.

• Electric power latching for sliding doors and tailgate – avoids having to slam doors shut (e.g. after dark on a campsite).

• 4MOTION all-wheel drive, if you plan on heading off the beaten track (e.g the Alps!) this may be of use.

There are a huge number of additional options as detailed in the brochure available for download from the VW Website, and these are often changing, but these are just a selection we think useful. 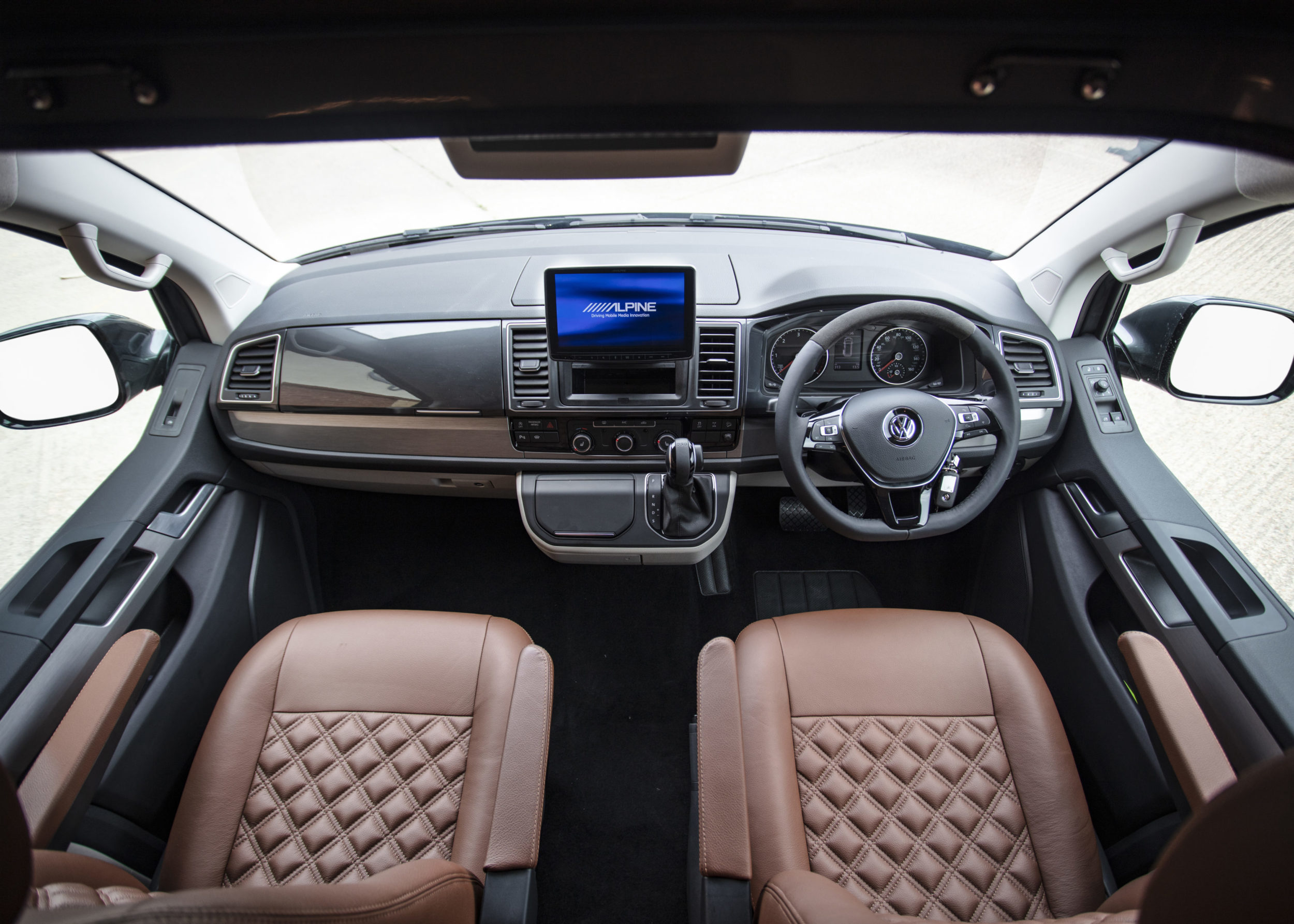 The Volkswagen Transporter t6.1 is the perfect base vehicle for camper, with the correct specification you’ll be travelling in style and comfort on your next big adventure.

This is a question we hear daily, and fundamentally the answer depends on what the van will be used for, factors such as where you live, how many people will be using it, and the duration of the usage should all be taken into account.

Whilst the difference is only 400MM, the positioning of the additional space within the vehicle does greatly benefit room inside.

If you are perhaps replacing the family car, then for daily use a SWB vehicle is easier to drive and park, (e.g. it isn't significantly longer than most saloon cars at 4.9M) and will fit in a standard sized parking space.

However if you are a family of say 4, who will be using the van for a couple of weeks at a time, and will not be using the vehicle daily then a LWB may be a better option.

Generally 60% of vans we convert are LWB (based on the last 3 years of business). 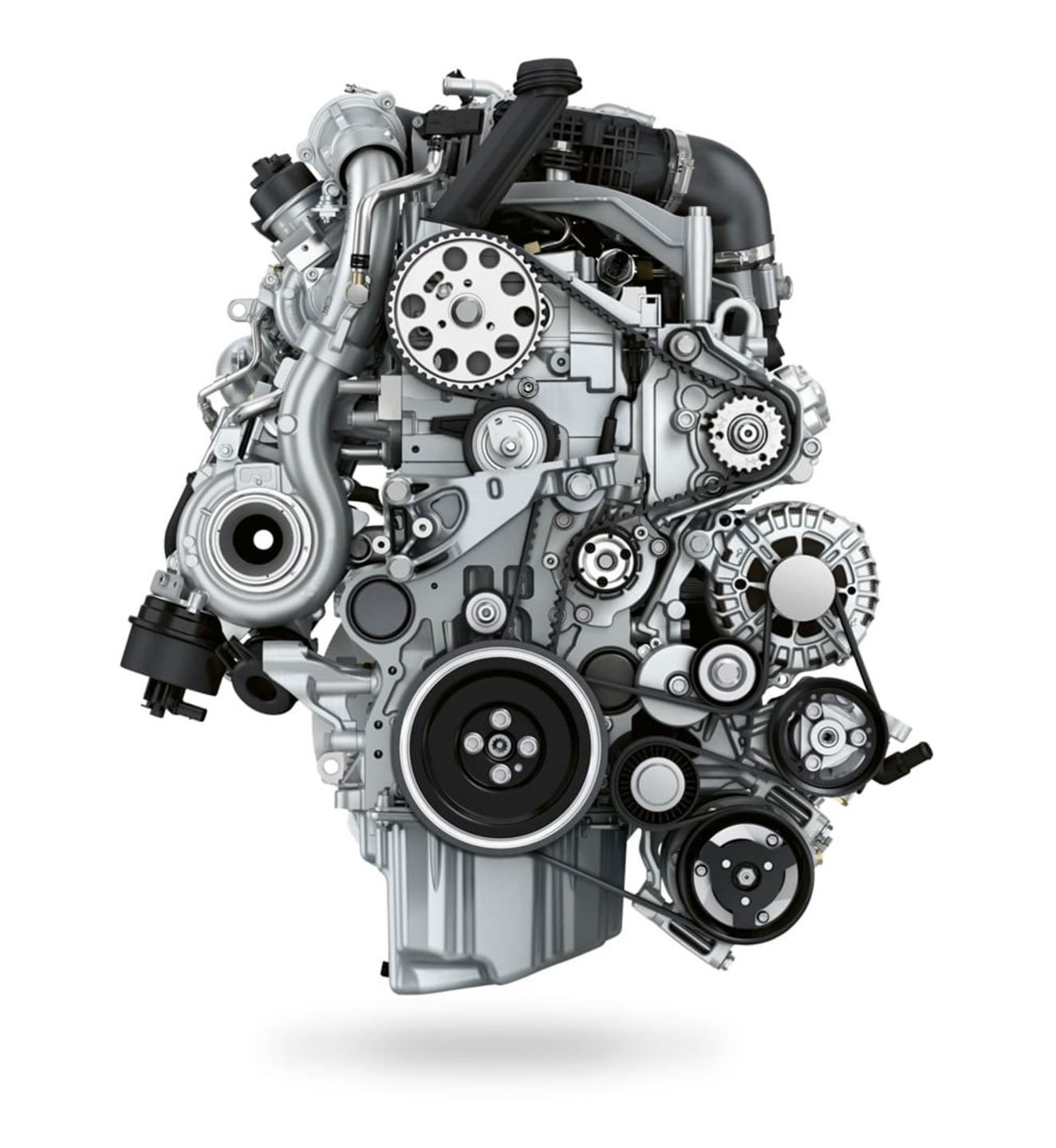 Which engine is best? Manual Vs Auto?

Generally for conversion, the 150PS is recommended, it is a great balance of performance and economy, its 340NM of torque at low RPM is perfect for use with a converted vehicle.

As far as gearbox choice, this is obviously down to personal taste, however our preference would be to opt for the DSG automatic, with its dual clutch technology and 7 gears, it allows for an effortless driving experience.

1 of 9
Contact us for more information about our Volkswagen Transporter camper conversions
01296 730 920
info@threebridge.co.uk