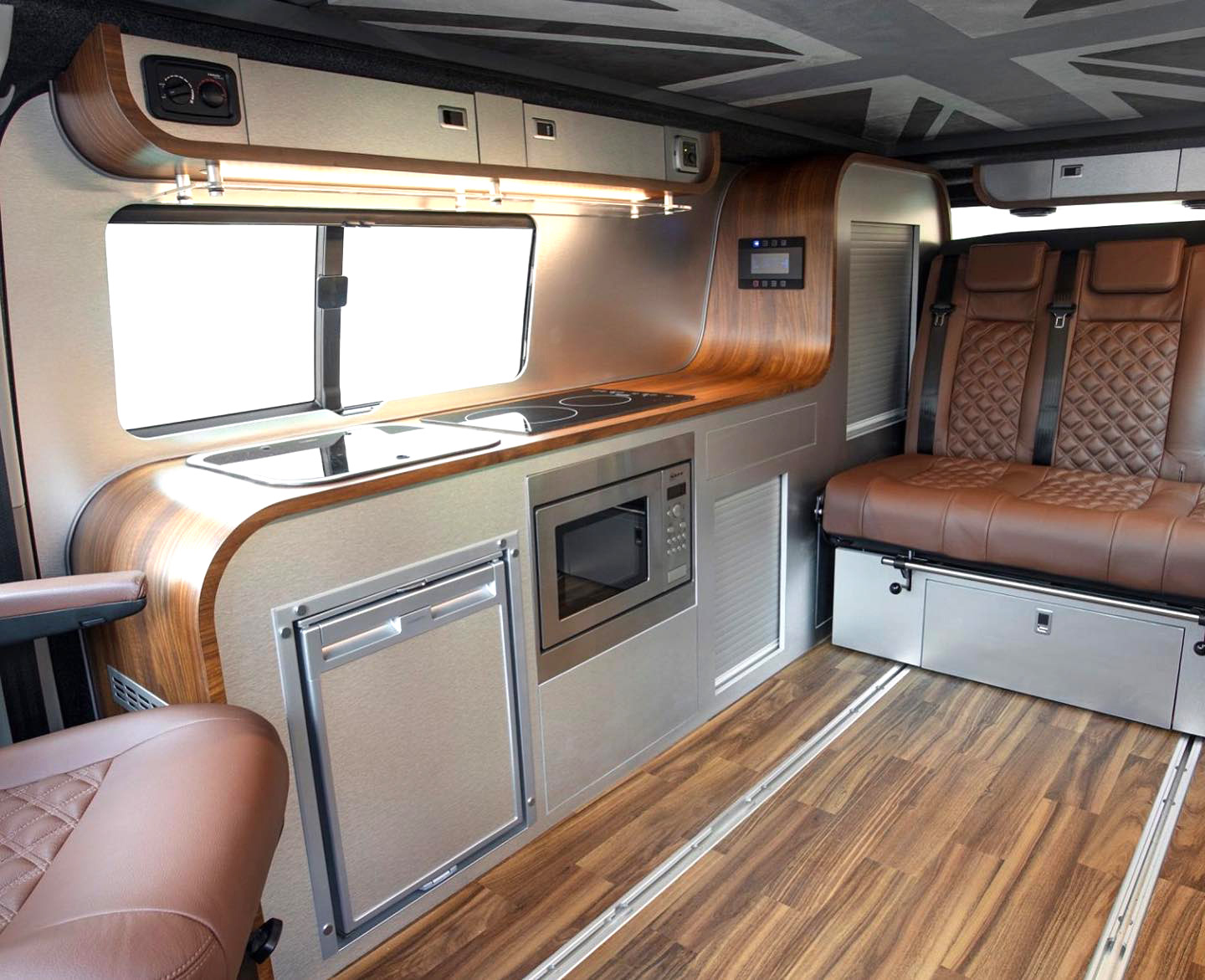 A look back at one of our favourite builds of 2019

Mikes LWB Infinity conversion from 2019 has clearly been a popular conversion, it was displayed at the NEC in 2019...

A look back at one of our favourite builds of 2019

Mikes LWB Infinity conversion from 2019 has clearly been a popular conversion, it was displayed at the NEC in 2019 and often is the basis of many enquiries and customer comments.

There were zero compromises on this conversion, based upon a LWB T6 Highline 204PS 4-Motion with extensive performance upgrades, such as a Superchips remap, H&R lowering springs and uprated anti-roll bars, along with huge Audi R8/RS4 Vagbremtechnic front brakes – finished in a ‘House of Kolor’ candy red,  ABT styling and BBS SV 20″ alloy wheels complete the look.

Inside a LWB infinity unit finished in a brushed aluminium, with double Thetford induction hob and Neff integrated microwave, powered from a Clayton power LPS V1 unit, the vehicle also had an under chassis gas/lpg tank for BBQ use only.

Seating was in retrimmed in a bespoke nappa ‘Wildman & Bugby’ leather, in a Bentley inspired double diamond design, the underside of the roofbed also was trimmed in Alcantara with patriotic Union Jack design.

Audio was provided by the addition of an Alpine Halo heatunit (with apple car play) along with speaker upgrades from JL Audio, along with an amplifier and under seat subwoofer.

Other extras included an under chassis air compressor, (requested by the customer –  a keen kite surfer) to enable inflation of his equipment, even a flatbottom MFSW trimmed in Alcantara!

Contact us for more information about our Volkswagen Transporter camper conversions
01296 730 920
info@threebridge.co.uk